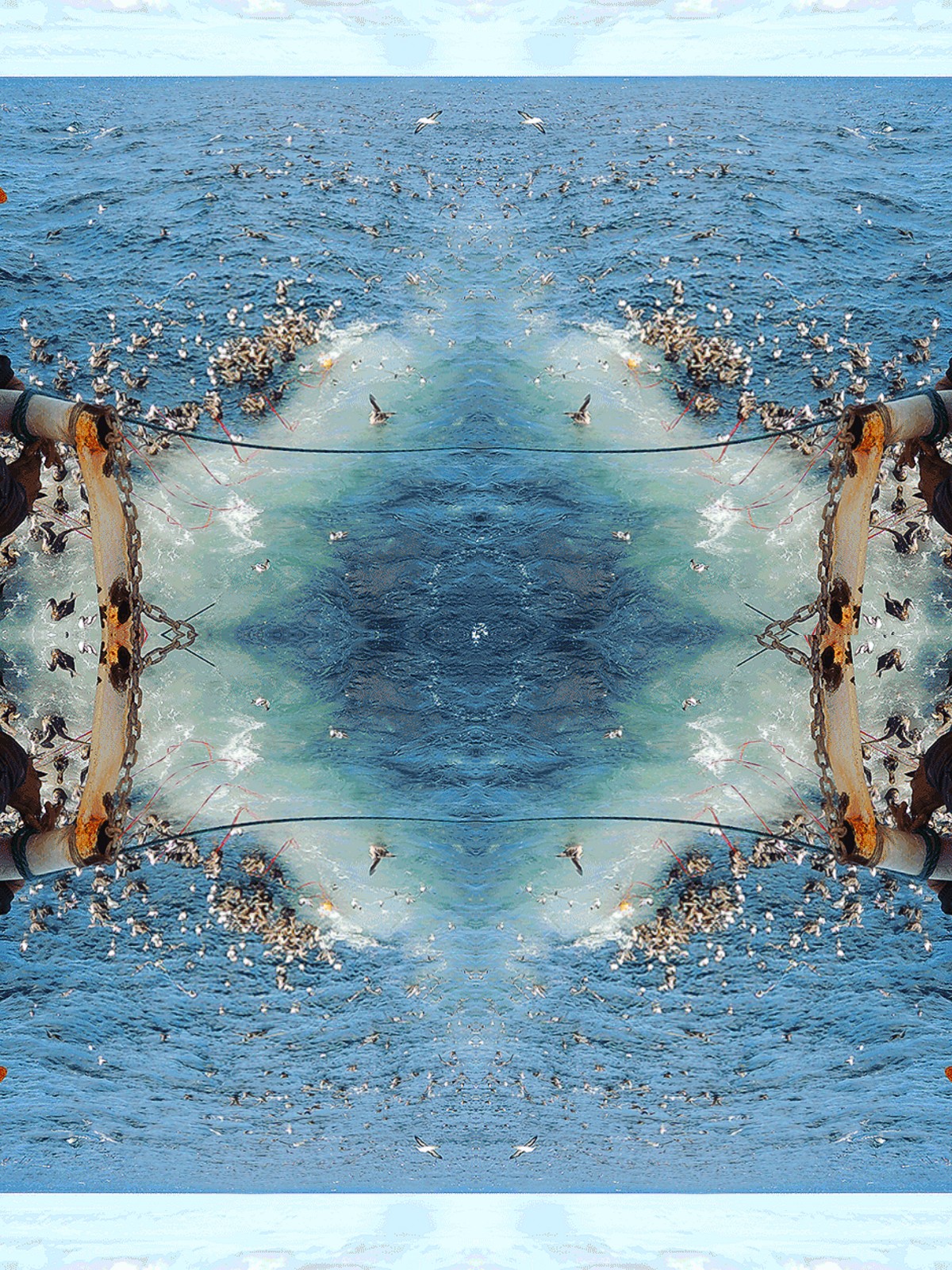 Bycatch is very recent. Seabirds have always fed in the sea, but commercial fishing was nowhere near the level of today’s scale and intensity. Some seabirds are particularly vulnerable to bycatch due to the way they have evolved. For example, albatrosses do not breed before 10 years old, and produce one egg every 1-2 years. To compensate for this, they evolved into very long-lived creatures, with a low natural adult mortality, one famous individual, Wisdom, is older than 70.

Trawl vessels discard fish heads and guts as they process their catch. Albatrosses mainly feed on squid and fish on the water surface. So foraging for bait or discarded fish around fishing vessels mirrors their natural behaviour. Sadly, for many it’s their last meal.

They can smell this offal from 12 miles (20 km) away, bringing them dangerously close to the trawl cables towing the net through the water. As they join in a feeding frenzy behind the vessel, they can be fatally struck by these cables and dragged under by them.

Albatrosses and other seabirds also scavenge on baited hooks set by longline vessels. This bait is used to attract larger fish species, but as it doesn’t sink immediately to its fishing depth, scavenging albatrosses target the baits, get caught on the hooks and drown. Estimates between 160 000-320 000 seabirds are killed each year. Albatross, petrel and shearwater birds are caught in the longline fishing fleets and die at rates that threaten some species and populations. Yet these could be avoided with better management techniques and devices.

Capture of seabird in nets is only part of the story.  Many birds hit trawl warps and are terminally injured or killed but do not end up in the net - there is a high level of cryptic mortality (unobserved mortality). Dont discharge offal while fishing particularly hauling or setting.
Offal discharge is a key problem attracting birds to the vessel when fishing.